Paul Dibble was born in Waitakaruru, near Thames in 1943. He studied at Elam School of Fine Arts, Auckland.Graduating with a BFA Honours in sculpture, he initially worked alongside Colin McCahon, for Group architect James Hackshaw making artwork for churches, and then held various secondary and tertiary teaching positions.Since 1995, Dibble has worked exclusively in his own studio practice. His most recent public work is his collaborative 2006 New Zealand Memorial at Hyde Park, London.He was awarded an NZOM in 2004 and an Honorary Doctorate, the first in the visual arts, from Massey University in 2007. 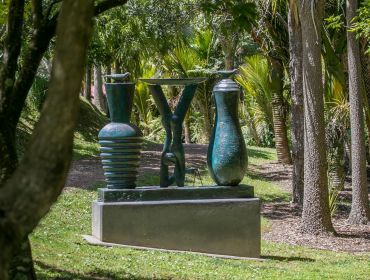